The PMC was founded by H. Robert Silverstein, MD, in 1980 as a 501(c)(3) charitable and tax deductible educational organization to give voice to the insight and philosophy that most diseases have common denominators and that certain common methods, such as the Food Mantra “Liv-it” program, can be used for prevention and reversal of multiple diseases simultaneously. 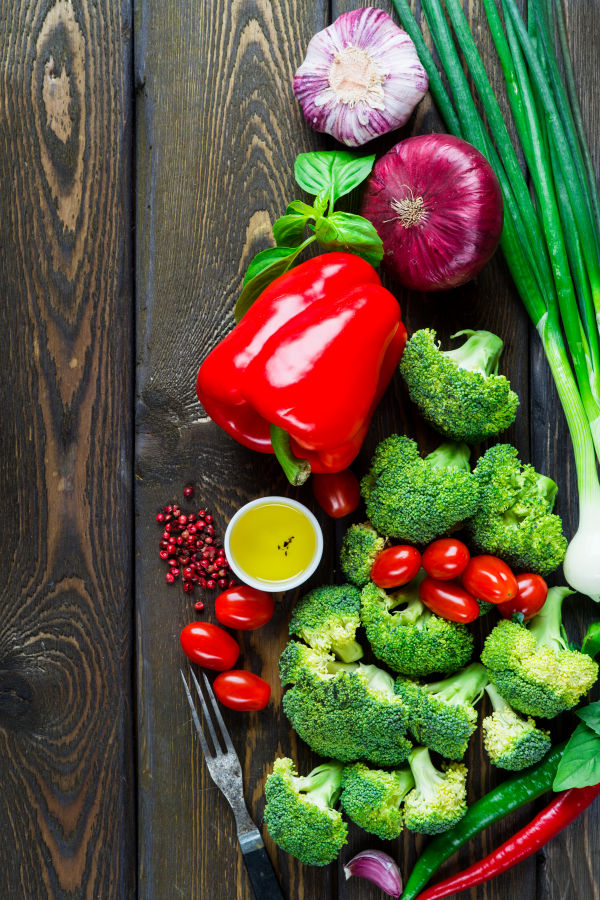 The PMC began a “Vegetable Tuesday” program enrolling area farmers and restaurant owners to volunteer their participation. The program received media attention and congratulations from President Reagan’s Special Assistant resulting in an invitation for Dr. Silverstein to come to the White House. “Vegetable Tuesday” became “Vegetable Wednesday” in the mid-90’s, and Dr. Silverstein was again invited to the West Wing during President Clinton’s administration to discuss the PMC’s humane and cost-savings health promotion/disease prevention approach to patient care.

Beginning in 1988, the PMC sponsored two ongoing local cable access TV shows, which have been shown to impact community wellness. In 1995, Ms. Bonnie Kramer, a macrobiotic cooking teacher and private cook, joined the PMC as Director of Nutritional Services. In this capacity, Ms. Kramer began a Spring three-week cooking class for the public and the PMC’s patients. The program was expanded to include visiting teachers from the Kushi Institute in Becket, Massachusetts in the autumn of 1996, and in 1997, Jane Georgini joined the cooking staff – and the program expanded to six weeks.

In the late 1990’s, the PMC’s Ms. Kramer and Dr. Silverstein were invited to lecture at the University of Connecticut School of Medicine. Ms. Kramer provided an enthusiastically received typical whole foods lunch to the students. Ms. Kramer was also asked to be the dietary consultant to Hartford Hospital’s Vegetarian Wednesday program and did several TV shows with Dr. Ed Johnson at Saint Francis Hospital for its St. Francis Health Care TV series. When St. Francis Hospital opened its Wellness Center in Avon, the PMC staff was invited to provide a sampling of foods for the public, as well as distribute PMC literature.

In 2000, Sharon Reed, a registered nurse and a certified macrobiotic counselor, joined the PMC staff, and the class program expanded to nine weeks. In 2001, Ed Esko, a senior macrobiotic counselor, teacher, and world-renowned author, joined the PMC staff and continues to serve as its Director of Educational Services. In the autumn of that year, Gina and Emanuele Trapella also joined the teaching staff, and the class schedule again expanded to a twelve-week series. The Spring of 2003 also included the addition of Patricia Price, who uses art and music to help individuals see/understand their constitutions, conditions, and their lifestyle needs and choices. The PMC also became affiliated with West Hartford Yoga in 2002.

The PMC published its first newsletter in 2002, which was very well received by the community. The newsletter focuses on health education, disease prevention and reversal where possible, with emphasis on the Food Mantra and Liv-it philosophy of the PMC.

For organizations and businesses interested in promoting health education for their members and employees, the PMC’s Dr. Silverstein and other staff are available for presentations. A member of the board of directors of the Connecticut Holistic Health Association, Dr. Silverstein has been invited to speak about the philosophy and practice of the PMC at medical schools (including Yale and USC), hospitals (St. Francis and Hartford Hospitals), and companies (including Pfizer, Merck Pharmaceuticals, and The Travelers Insurance Company). He has also spoken at Medical Grand Rounds concerning the medico-legal aspects, the scientific basis, and the integration of alternative medicine into a conventional Western physician’s practice.

Read How Virtually All Diseases Occur to learn more.

President and Chairman of the Board:
Sally Roberts, Esq